At the outset let me thank you for the guided tour of the Nature Preserve.  On the way down from Hingham I wondered how
your Preserve might compare to other preserves, forests, and parks I have studied.  I find it necessary to believe
in what I write about so would not agree to accept a study or write a statement regarding any open space which I thought less than worthwhile.

I returned to the Preserve early on Memorial
Day spending a grand two hours exploring every off trail nook and cranny.

What I observed and experienced during those
two hours inspires me to report to you that the Nature Preserve is all and more
than the name suggests.  Those two hours
were, to say the least, a unique experience.
Robinson Creek and the expansive panorama of tidal marshes is the
Preserve’s highpoint which pulls all the other variable attributes into a
cohesive and rewarding outdoor experience.
The Nature Preserve is, without a doubt, a local and regional treasure
containing an uncommon variety of plant communities and wildlife habitats
compacted into a relatively small tract of seventy acres.

I know of no other local open space where
school children could walk over a relatively short distance and come into
contact with such a variety of situations that could be skillfully utilized to
promote environmental awareness.

Plant communities  which I have identified:

The burned woods and sand plain communities present the educational potential for
observing the successive stages of natural revegetation after catastrophic
disaster.  These two communities are “frosting on the cake” in relation to the Nature Preserve attributes.

as well as several still standing.  Both those standing and those prostrated are
wildlife communities unto themselves.
The standing hulks of old fire killed pine attract several species of
birdlife that feed on insects and grubs within the rotting wood as well as
providing nesting space for several woodpecking species.

The “Sand Area” or sand plain is in actuality a sand/gravel borrow site that now is a
hostile desert-like environment as far as most native plant species are
concerned, yet still there are several species that have established
substantial colonies in the first succession period.  The contrast between the “barren wastes” of
the Sand Area and the serene, picturesque scene of the adjacent pond is
startling.  Several species of turtle
move out of the pond and creek to lay eggs in the sandy soils of the Sand
Plain.  Although the Sand Area is the
result of mankind’s commercial enterprise, it most likely represents the
condition of much of New England after the glaciers scoured the surface some
10,000 years ago.  One hundred years from
now the Sand  Area will be covered with a
heavy growth of trees and shrubs.
Reforestation can be accelerated by the spreading of wood chips, tree
prunings, and other cast off vegetation over the Sand  Area.
This would introduce some shade from the scorching sun, increasing the
chance for germination and the survival of seedling trees and shrubs.

The decomposing vegetation would also
introduce a layer of organic material on top of the naked sand.

Erosion on the slopes would also be retarded.

The Burned Woods Community and the Sand Plain Community add interest and strength to the
Nature Preserve Inc., for they provide dramatic educational opportunities
within a few yards of each other.

The small pond community is the result of man damming a brook that rises west of Route
53.  The result is similar to what happens when beaver dam a stream.

It creates an environment that attracts many species of wildlife.  This particular pond community is especially
suited to wildlife observation and educational pursuits because it is totally
accessible by circumferential trails, which trails also abut other communities
overlooking the pond.

At the pond’s southwest end there is a shrub swamp and wooded swamp community.

To the west there is an open meadow  community, while to the northwest a pine woods covers a hillside.

To the immediate north there is an old
reforested borrow area, while to the northeast, below the dam, there is a
streambank and wooded swamp community.
To the southeast, of course, there is the Sand Area Community.  All these environments can be experienced
without leaving the circumferential pond trail.
Here, along a roughly circular 200 yard trail from the dam around the
pond back to the point of beginning, there exists a truly dynamic,
multi-faceted educational and recreational opportunity.  This panorama of plant communities coming
together, as they do, about the pond represent a variety of wildlife habitats
and food sources which is the essence of a viable Nature Preserve.

An interesting local geological attribute is a glacial outwash plain roughly
contained within an area bounded by Route 53, Briggs Cemetery, a portion of
Robinson’s Creek, an old wood road to Pleasant Street and the westerly half of
Pleasant Street.  The southwesterly
portion of Water Street nearly bisects the glacial outwash plain in half.  A small portion of the plain is in the
preserve.  The Sand Area (so called) is a
part of the outwash plain.  Fortunately, the
most dramatic portion of  the outwash
plain, identified by steep slopes that rise abruptly sixty or seventy feet over
Robinson Creek, have survived.  Views
from the outwash plain terrace over Robinson Creek, the marshes, and beyond
Route 139 to the North River floodplain are extensive and dramatic.  The sudden variances in topography from
Robinson Creek to the outwash plain terrace only adds dimension and quality to
the variable qualities of the Nature Preserve Inc.  Another attribute of the outwash plain is the
white pine climax forest that covers the terrace and a part of the slopes.  When the colonists settled Massachusetts Bay
and before the virgin stands of white pine forests were harvested it was
typical to see vast stands of white pine, some of immense height and girth,
growing on the sandy soils often found along the river valleys.  The stand of pine on the preserve’s outwash
plain is, in small measure, representative of the pre-settlement period.  Some of these pine, if they survive the
elements, will continue to grow to great size for centuries yet to come.

At the base of the outwash plain along
Robinson Creek bountiful springs of clear, pure water pour out of water bearing
till of the outwash plain.  The spring
brooks abound with wildlife.  I noted the
tracks of fox, raccoon, and other small mammals as well as numerous birds and
amphibians.  In my opinion the glacial
outwash plain, the steep slopes, the numerous springs, distinctive views, and
climax white pine forest are a cohesive unit of importance within the Nature
Preserve.

There are other notable environments within the Nature Preserve - a climax forest of
pine, oak and hickory way in the north most corner; a tiny, secluded wet meadow
alive with warblers the day I came upon it; a field of wind blown grass with
hawks soaring over head and an owl in the big oak near the fence row; a
hillside pasture now succeeding slowly to forest but where there are still
apples, pears, cherries, blueberries, blackberries, wild strawberries, and
bittersweet; but the most notable feature in the entire preserve may be a tiny
hillside sand hollow where the truly rare Prickly Pear Cactus has gained a
foothold – the only specimen I have ever seen in Massachusetts.  Is this a state endangered species?

The  highpoint of the Nature Preserve is the mouth of Robinson Creek and the wide
expanse of tidal marsh.  Here the sea,
although somewhat diluted, and Pembroke meet.
This rich tidal creek is a place where creatures orientated to the sea
intermix with those that dwell inland.

I think it fair to state that  Robinson Creek, the tidal marsh, and the adjacent uplands

and wetlands of the Nature Preserve represent one of the richest wildlife sanctuaries surviving in
Pembroke today.

Historically the Nature Preserve relates directly to the North River,
one of the most scenic and historic rivers in New England.  Nearby, at the north terminus of Brick Kiln
Lane was the famous Brick Kiln Shipyard.
The Briggs family was famous in the history of North River and, in fact,
one member wrote a History of Shipbuilding on the North River.  The historic
Briggs cemetery abuts the Nature Preserve protecting a part of the preserve’s
south flank from commercialization.

It is said that prehistoric people lived within the preserve, occupying a part of
the outwash plain terrace overlooking Robinson Creek.  I am told that stone implements and a hearth
have been discovered here.  No doubt
there are other historic associations within the preserve, but to me the most
notable perception for this day is that the Nature Preserve protects, in a
natural state, a notable tract of land that overlooks and is a part of the
historic North River tidal plain.

1.      The Nature Preserve Inc. has
local and regional significance containing an uncommon variety of plant
communities and wildlife habitats compacted into a relatively small area.

2.      The Nature Preserve Inc. contains all the ingredients

necessary for a full and  valuable educational and recreational experience.

3.      Robinson Creek, the tidal marsh, and the adjacent uplands and wetlands of

the Nature Preserve Inc. represent one of the richest and most variable wildlife

4.      The Nature Preserve Inc.
preserves in a natural state an outstanding tract of open space that overlooks
and, in fact, is a cohesive part of the historic, scenic North River tidal open
space.

I found the Nature Preserve to be a rich and variable experience.  I shall return many times in the future to
enjoy and to learn from what it offers.

A professional evaluation of the habitats and the wildlife they support. 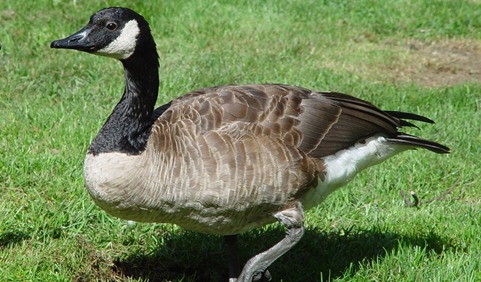 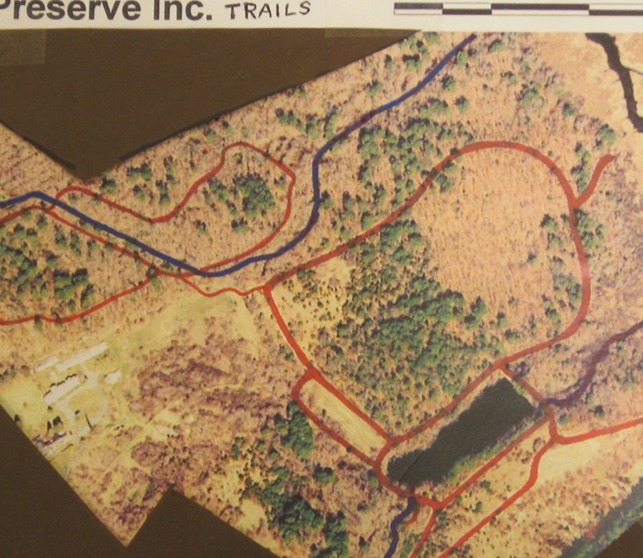 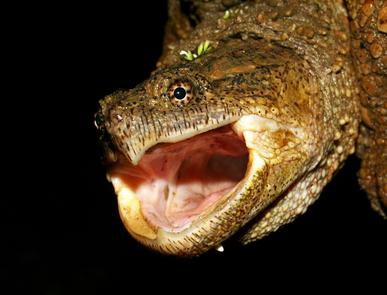 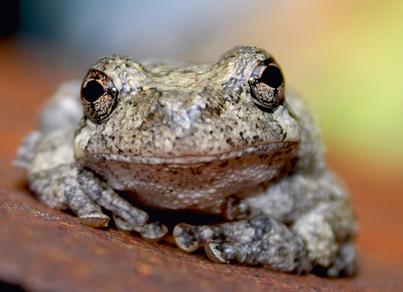 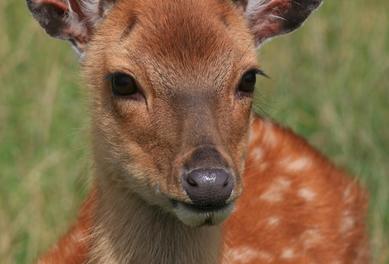 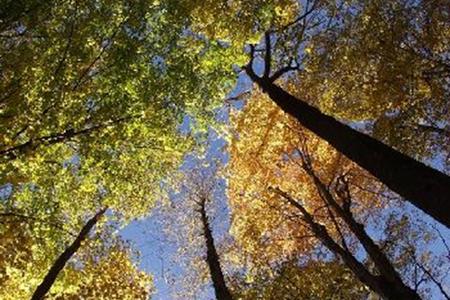 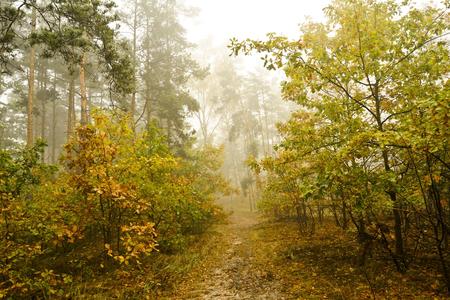 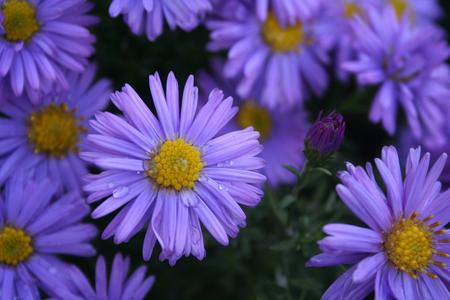 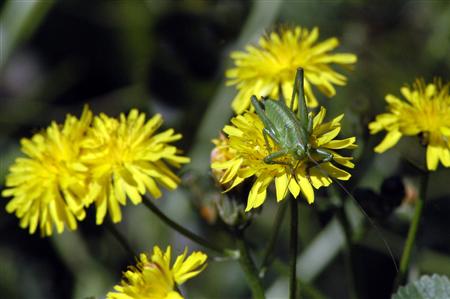 All specimens observed on Memorial Day morning 1985.  This was one of the most lucrative observation walks I ever experienced.  The Nature Preserve was literally alive with birds.

observed or signs of these creatures observed at the Nature Preserve Inc., Pembroke, Mass., May 1985

*    Less than five specimens noted at the Preserve
**  Only one specimen observed.